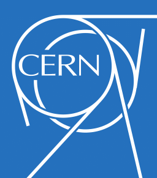 * Please note Early Bird fees include an early registration discount of €65 and the discounted rate will expire on 8th April 2022.

SIP continued to dominate the world of European Precision Manufacturing for the decades to come. In 1928, SIP was the pioneer to mount length standards for position feedback as integral parts into machine tools. Hence, SIP jig boring machines have laid the foundation for the closed-loop machine tools of the highest accuracy which can be achieved in our days. Indeed, it is the Geneva of the late 19th and early 20th centuries which brought forth the high-degree of mechanical accuracy on which our modern-day products in the fields of mechanics, optics, electronics and many of the bioscience products of the future depend. As EUSPEN is meeting in Geneva this year to visit CERN, it might well be worthwhile to remind Europe´s modern-day precision manufacturing community of Europe of its local roots.

Thomas Sesselmann (Dr. rer. nat., Dipl.-Phys.) is Chairman of the Supervisory Board of DR. JOHANNES HEIDENHAIN GmbH in Traunreut, Germany. He moved into this position in 2019, after 31 years of active duty for HEIDENHAIN, 24 years thereof as a Managing Director. Since 1996, he had been involved in the founding process of EUSPEN and became one of the founding members in 1999. Since 2000, he has been a Member of the Advisory Board of PTB, the German Metrology Institute. 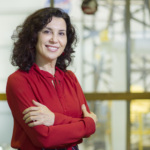 Dr. Begoña Vila is the lead Systems Engineer at NASA’s Goddard Space Flight Center/SGT for two of the instruments on the James Webb Space Telescope (JWST), one of them the Fine Guidance Sensor responsible for the pointing and stability of the Observatory. She is also the deputy lead for the operations of all the Webb instruments after launch.

She obtained her PhD in Astrophysics at Jodrell Bank, Manchester University, UK after her undergraduate degree in Spain. Her research included rotation curves of galaxies, nuclear galactic activity and stellar abundances observing both in optical and in radio wavelengths. She has been involved with JWST since 2006 starting in Canada under the Canadian Space Agency and moving to NASA after the flight instruments were delivered in 2012. She was the overall test lead for the final cryogenic test at Goddard for all the JWST instruments and was heavily involved in the testing completed at the Johnson Space Center cryogenic chamber that included the JWST instruments and mirrors. She is currently involved in the test activities at Observatory level at NGSS (Northrop Grumman Space Systems), and the detailed plans for commissioning and operating the instruments following the launch in 2021.

She has received various achievement awards including the NASA Exceptional Public Achievement Medal in 2016, the Premio Wonenburger by the Xunta de Galicia (Spain) in 2017, a Gallego del Año award (Spain) in 2019 and Top10 Spanish Women Leaders abroad by Mujeres&Cia in 2021.

Apart from her work, Dr. Begoña Vila enjoys outreach activities communicating with the general public on JWST, STEAM, science or other, both in English and in Spanish.

We can hear Dr Vila talking about the James Webb Space Telescope mission in Spanish here: