Lifetime achievement awards are presented at the annual event to engineers and scientists who have made outstanding contributions to the development and growth of one or more aspects of the ultra-precision technologies: high precision engineering; micro-engineering; nanoscience, and nanotechnology. 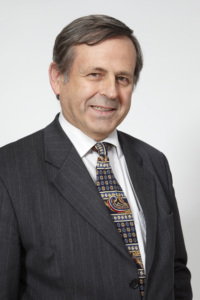 He started his career as Expert at the Metal Industries Development Centre (MIDC), Bandung, Indonesia, where he also occupied the post of Associate Professor at Institut Teknologi Bandung, Bandung, Indonesia (1971—1973). Thereafter, he returned to the K.U.Leuven (where he had studied as a student) to pursue an academic career, becoming Full Professor in 1980.

He was Head of the PMA (Production Engineering, Machine Design and Automation) Division of K.U. Leuven, (1980–93 and 2001–03) and subsequently chairman of the PMA (2003–2010). He was also Chairman of the Department of Mechanical Engineering (1993–2001), and project leader of Interuniversity Attraction Pole Projects on Advanced Mechatronic Systems (Centre of Excellence), from 1987 until 2006. 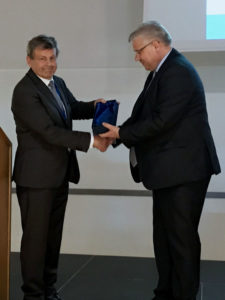 Van Brussel has undertaken pioneering work in robotics research in Belgium and across Europe focused on topics such as active force feedback, methodology for model-based task-specification and control of “compliant motion” tasks, universal three-finger gripper, and multi-component force-torque sensors among many others.

In the area of mechatronics, Van Brussel developed a design philosophy, aiming at the “mechatronic compiler” where the mechanical structure and the motion controller are simultaneously optimised, used for designing high-performance machines and machine systems.

euspen is delighted to have recognised Van Brussel’s huge influence on the precision and micro engineering community, and as a society would not only like to officially acknowledge his contributions, but to thank him for the advances made in the field which are a result of his dedication and commitment to pushing the boundaries of technological advancements.

The European Society for Precision Engineering and Nanotechnology (euspen) is an influential community linking industrialists, researchers, respected authorities, new, and established players worldwide. It provides an entrepreneurial platform that enables companies and research institutes to promote their latest technology developments, products, and services and keep up to date with those in the field. euspen’s defined mission is to advance the arts, sciences and technology of precision engineering, micro engineering and nanotechnology; to promote its dissemination through education and training; and to facilitate its exploitation by science and industry. www.euspen.eu

About the Author: euspen