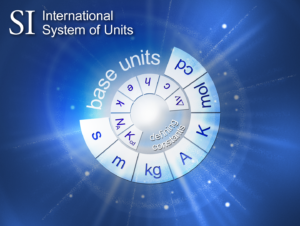 Linking the International System of Units to Fundamental Constants

The current International System of Units, SI, established in 1960 by the General Conference on Weights and Measures (CGPM) of the Metre Convention rests on the definition of seven “base units”: the metre, the kilogram, the second, the ampere, the kelvin, the mole and the candela. It serves the requirements of industry, science and society, underpins global trade and has been adopted by 97 Member and Associated States of the Metre Convention representing 97.6 % of the world’s economic power.

Innovative technologies and ever-increasing demands from industry and science are challenging the current SI. The kilogram in particular is causing concern. Moreover, the ampere, based on the 1960 definition, cannot be realized with an accuracy required by modern technology.

It is thus envisioned that the 25th CGPM redefines the SI by 2018. In the future, as outlined by Max-Planck in 1900, it will be based on fixing the numerical values of “defining constants”: the velocity of light, the charge of an electron, the Boltzmann, Avogadro and the Planck constants, the Cs hyperfine clock transition and the luminous efficacy.

This talk motivates this endeavor, illustrates the rationale behind it, introduces the new definitions and reviews their requirements. The benefits and the wide-reaching impact of this fundamental revision are presented. 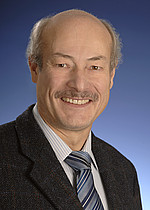 Joachim Ullrich studied geophysics and physics at Frankfurt University. He held positions at GSI, Darmstadt, at the Kansas State University,  the University of Missouri, was chair of Experimental Physics at the University of Freiburg, before he was appointed Director at the Max-Planck Institute for Nuclear Physics in Heidelberg. Since 2012 he is the President of the German National Metrology Institute, PTB. He has published more than 570 research papers and received several awards. Among them the Leibniz Award of the Deutsche Forschungsgemeinschaft, the David Bates Medal of the London Institute of Physics and the Philip Morris Research Award. He is Fellow of the American Physical Society, External Scientific Member of the Max-Planck Society, Member of the German Academy of Science and Engineering, acatech, of the  Berlin-Brandenburg Academy of Sciences and Humanities and Vice President of the German Institute for Standardization, DIN. In 2012 he has become a member of the International Committee for Weights and Measures (CIPM) of the Meter Convention and was elected Vice President of the CIPM in 2015 and is the President of the Consultative Committee for the International Units (CCU). 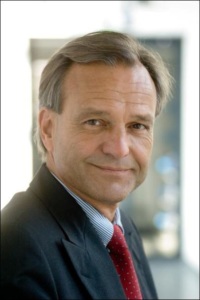 The European XFEL offers worldwide the most brilliant and intense coherent X-rays in the range of 0.25-24 keV.  The requirements to X-ray optics are outstanding in terms of optical quality and short-term heat load sustainability. The X-ray mirrors used at the European XFEL are arguably the most precise mirrors so far produced, having profile errors of two nanometers peak-to-valley deviation from an ideal surface over 1 m length. Optical metrology during production and mounting of these mirrors is a key technology that has to be pushed to its limits to obtain single-nanometer accuracy.

In this presentation the X-ray optics concepts of the European XFEL will be explained with special emphasis on X-ray mirrors and their requirements. The efforts made together with industrial partners and collaborators to produce and characterize these mirrors and the obtained results will be illustrated. 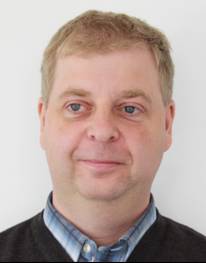 Harald did his physics diploma at the University of Munich and the PhD in 1996 at Erlangen University including one year of research activity at the ESRF, Grenoble. The main focus of research during this time was on dynamics in simple liquids studied with ultra high-resolution inelastic X-ray scattering.

After three years at the University of Rostock as an assistant professor, he moved to Argonne National Laboratory, USA in 1999, working as a beamline scientist and leading the inelastic X-ray scattering program.

In 2007 Harald joined the European XFEL project in Hamburg and became group leader for the X-ray optics and beam transport group in 2009.

Harald has authored over 100 publications and serves at several international review committees and conference chairs.

Back To Event
Translate »