*Costs are for conference delegates

Our Early Bird fees are valid until 5th April 2020

IOP Publishing will be sponsoring the exhibitor drinks.

Welcome reception will be held on the evening of Monday 8th June 2020.

The James Webb Space Telescope: Testing on the ground to ensure on-orbit performance

The James Webb Space Telescope is the largest, most complex telescope being launched to date. It includes segmented folded mirrors and a folded sunshield deploying on orbit, and instruments with state of the art infrared detectors and different science capabilities operating below 45K (-378 F). A rigorous test campaign including ambient and cryogenic tests to verify the health, performance and operations readiness in the conditions it will see on orbit is near its completion.

A summary of some of those tests and their challenges as all the observatory components were assembled will be presented, covering in particular the comprehensive program of thermal, optical, electrical and operational tests in the cryogenic chambers at Goddard Space Flight Center and Johnson Space Center and final ambient tests at Northrop Grumman. How the telescope achieves the pointing stability required for science operations by using the various components of its Fine Guidance System, the alignment of the telescope mirrors and observation innovations on the science instruments will be covered.

Dr. Begoña Vila is the lead Systems Engineer at NASA’s Goddard Space Flight Center/SGT for two of the instruments on the James Webb Space Telescope (JWST), one of them the Fine Guidance Sensor responsible for the pointing and stability of the Observatory. She obtained her PhD in Astrophysics at Jodrell Bank, Manchester University, UK after her undergraduate degree in Spain. Her research included rotation curves of galaxies, nuclear galactic activity and stellar abundances observing both in optical and in radio wavelengths. She has been involved with JWST since 2006 starting in Canada under the Canadian Space Agency and moving to NASA after the flight instruments were delivered in 2012. She was the overall test lead for the final cryogenic test at Goddard for all the JWST instruments and was heavily involved in the testing completed at the Johnson Space Center cryogenic chamber that included the JWST instruments and mirrors. She is currently working the test planning at the Observatory level at NGAS, and the detailed plans for commissioning and operating the instruments following the launch in 2021.

She has received various achievement awards including the NASA Exceptional Public Achievement Medal in 2016 and the Premio Wonenburger by the Xunta de Galicia (Spain) in 2017.

Apart from her work, Dr. Begoña Vila enjoys outreach activities communicating with the general public on JWST, STEAM or other, both in English and in Spanish. 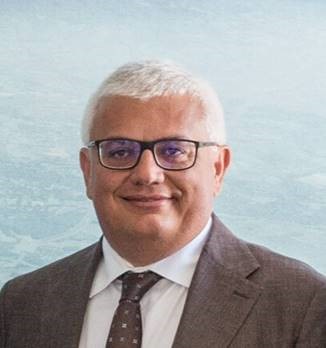 CERN complex of accelerators delivers beams of charged particles to a variety of Experiments. The flagship programme is around the Large Hadron Collider, a 27 km long accelerator in which beams of proton or heavy ions are brought into collision inside large detectors to investigate the microscopic nature of matter. The energy stored in the LHC beams can be as high as 360 MJ, therefore any misalignment or instability of the beams can result in heavy damage for the accelerator components.

This talk will discuss some of the engineering solutions implemented to avoid the impact on the beams with the beam pipes, and the challenges of providing protection for the accelerator components in such a geographically extended system. I will also give an overview of the future projects under discussion in the framework of the Update of the European Strategy for Particle Physics and highlight some of the main associated engineering challenges.

Roberto Losito was born in Naples, Italy. He received the M.Sc. degree in electronic engineering from the University of Naples “Federico II,” in 1992. He was a EU fellow with the Laboratoire de l’Accélérateur Linéaire, Orsay, France, and with the Institute of Research for Electromagnetics and Electronic Components, National Research Council, Naples, in 1994. Since 1995, he has been a fellow then a Staff Member with the European Organization for Nuclear Research, Geneva, Switzerland. He was involved in the design and construction of radio frequency systems for the Large Hadron Collider (LHC) for both normal conducting and superconducting systems. Then, he led a group in charge of the design, construction and operation of components of the accelerators interacting with particle beams, such as targets, collimators, dumps. He developed with his team the real time control system that allows to position within micrometers with respect to the orbit of the LHC beams the collimation system, which is geographically distributed over the 27 km long LHC tunnel. His group led the Radiation to Electronics Project at CERN, aiming at designing all controls electronics  exposed to radiation in the LHC tunnel, and has launched a initiative for robotics intervention in hazardous areas. Since 2016 he is the head of the Engineering Department at CERN.

SIP continued to dominate the world of European Precision Manufacturing for the decades to come. In 1928, SIP was the pioneer to mount length standards for position feedback as integral parts into machine tools. Hence, SIP jig boring machines have laid the foundation for the closed-loop machine tools of the highest accuracy which can be achieved in our days.

Indeed, it is the Geneva of the late 19th and early 20th centuries which brought forth the high-degree of mechanical accuracy on which our modern-day products in the fields of mechanics, optics, electronics and many of the bioscience products of the future depend. As EUSPEN is meeting in Geneva this year to visit CERN, it might well be worthwhile to remind Europe´s modern-day precision manufacturing community of Europe of its local roots.